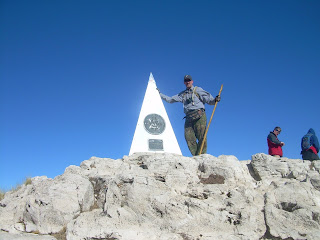 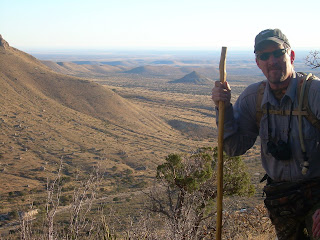 Bro. Adrian Neal invited me to go hiking with him in the Guadalupe National Park in West Texas earlier this month. I started walking and trying to get in a little better shape because to hike to the top of Texas, consisted of a nine mile stroll with a 3000 foot elevation climb.

I told Adrian that I would love climb 300 sets of stairs over rough terrain. LOL

We made the 13 hour drive from Huntington TX to Guadalupe NP Monday and started strolling up the mountain at 8am Tuesday morning.

We had to go around one mountain just to get to the mountain we wanted to conquer. It was not long until I could tell I was not at 189 ft elevation that was at the Promise Land, but thank the Lord, it was not too bad.

Every time one of us would start sucking eggs and blowing like a horse running the Kentucky Derby, one of us would say, "This looks like a great place for a picture." Which of course, was an excuse to catch our breath.

We made it to the top of our casual walk through the wilderness in about 4 hours. We reached the summit marker about 12:20pm.

Underneath the summit marker was an Army lock box which contained the summit register. Adrian and I both signed the register and put our comments about our journey.

One of the highlights of the hike was encountering 4 Bighorn Sheep. One was fairly mature with horns that almost made a complete circle.

We made it back to camp in about three hours, fairly tired and a little hungry. After supper we drove around the park and ran into another female Mule deer (Adrian ran into one earlier that day).

The stay at the campgrounds was another story, we had a popup camper, but with 30mph winds and 35 degree nights we were a little cold in the mornings. We had a generator and a heater, but the camp had a rule that generators could not be run from 8pm to 8am. I broke this one every morning, because I had to have my coffee and all we had was an electric coffee pot!

Wednesday morning we headed out for Carlsbad Caverns and had an adventurous morning hiking through the largest caverns in North America. They were very impressive.

Looking forward to our next hike!
Posted by RevReese at 11:54 AM 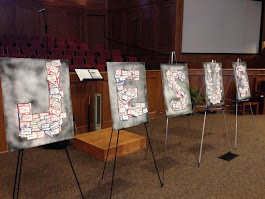